Kelly’s Olympian is Portland’s third-oldest continuously operated bar and restaurant. It has gone through a number of evolutions throughout the years, and has consistently been a favorite gathering place for locals. It is truly a colorful part of Portland’s history. 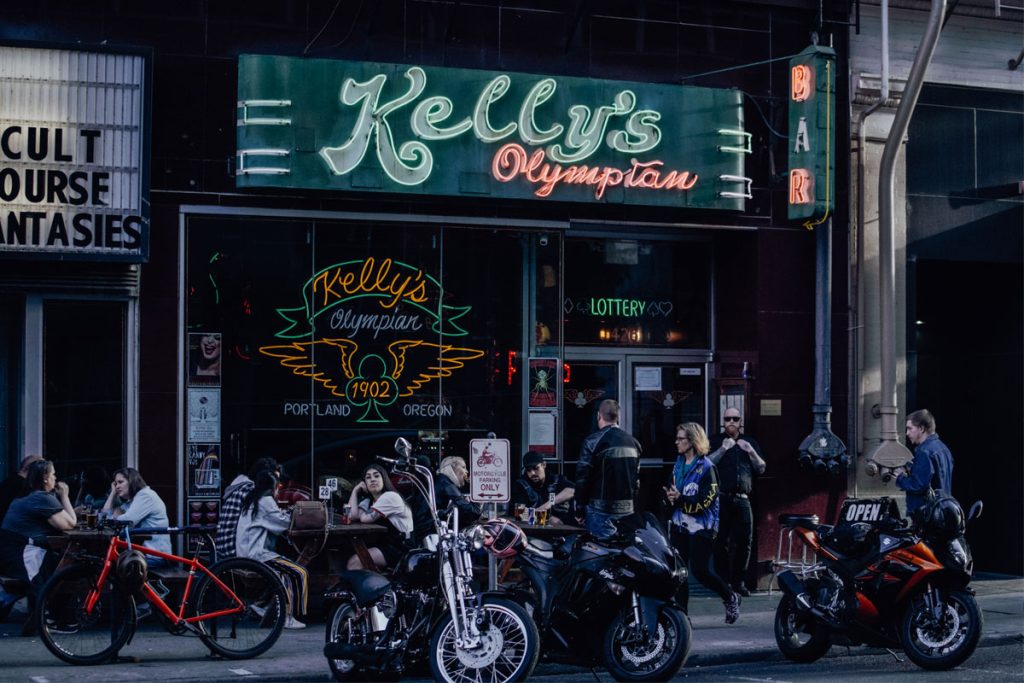 Kelly’s Olympian was established in 1902

The name was derived from the name of one of the original owners, “Kelly”, and the Olympia Brewing Company, which was involved in the inaugural opening so that it could sell its product, Olympia Beer. It was originally called “The Olympian Saloon”. The name “Kelly’s” was added a few years later.

In the early days, it was a popular gathering spot for locals as well as visiting timbermen, sailors, shipyard workers, longshoremen and others passing through. In addition to being a popular bar, it had the reputation for having one of the most well known card rooms in all of Portland…and was truly a landmark.

Legend has it that there used to be several secret entrances to the Shangai Tunnels, where Chinese immigrants and dockworkers lived and made their way about the underground of Portland. The Shangai Tunnels are a unique part of Portland’s history and the connection to Kelly’s Olympian adds to its colorful past.

In one section of the basement is a peculiar patching of the wall and remnants of an old tile floor, from a rumored “speakeasy” that existed during the Prohibition years of the 1930’s.

There are stories of supernatural sightings of some of the past customers and employees that still come back to visit periodically…in a friendly way. 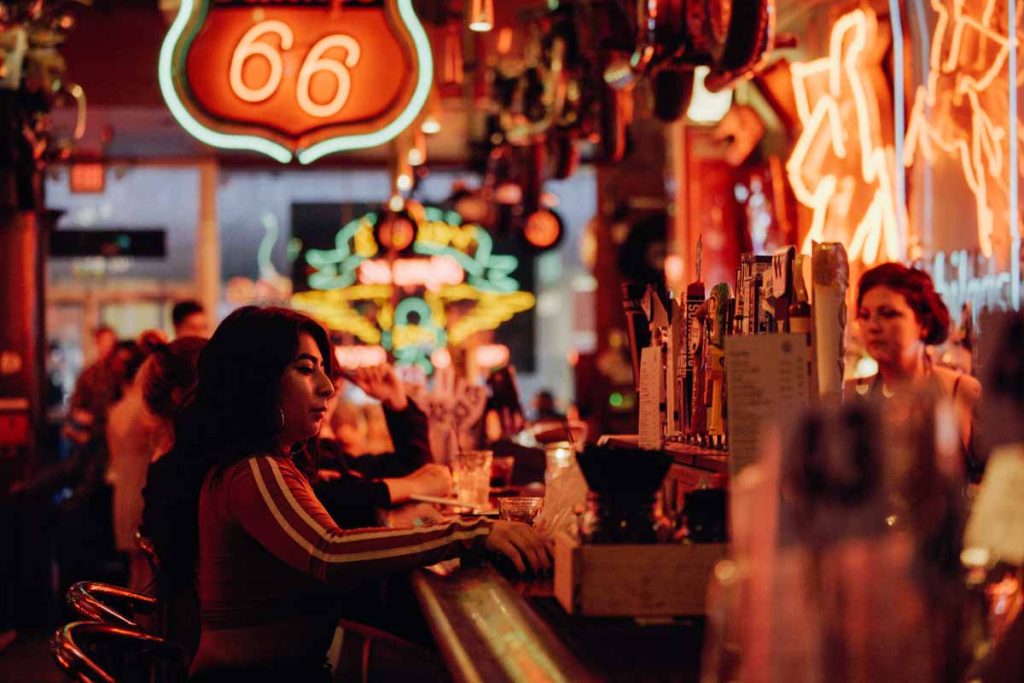 For many years Kelly’s Olympian had a tobacco store/smoke shop and one of Portland’s finest shoe shine stands located at the front end of the bar. Many prominent locals were regular customers that came in for a quality shoe shine and good tobacco.

At one point in history, Kelly’s Olympian had the second highest liquor sales in the state of Oregon.

Kelly’s Olympian was family owned and operated for three generations by the Powers family of Portland for the majority of its existence. Greg Powers, recently retired has now passed on ownership to Ben Stutz, Jeff Mincheff and Jacqulyn Mincheff, local business partners.

The new owners have invested time, money, energy and a lot of elbow grease…demonstrating their passion for keeping this piece of Portland’s history alive. As stated, Kelly’s Olympian has gone through a number of evolutions throughout the years and continues to do so.

By day, it is a comfortable neighborhood bar and diner, that happens to be located in the heart of downtown Portland. By night, Kelly’s Olympian evolves into a live music or DJ hosted bar, popular with people of all ages and walks of life. 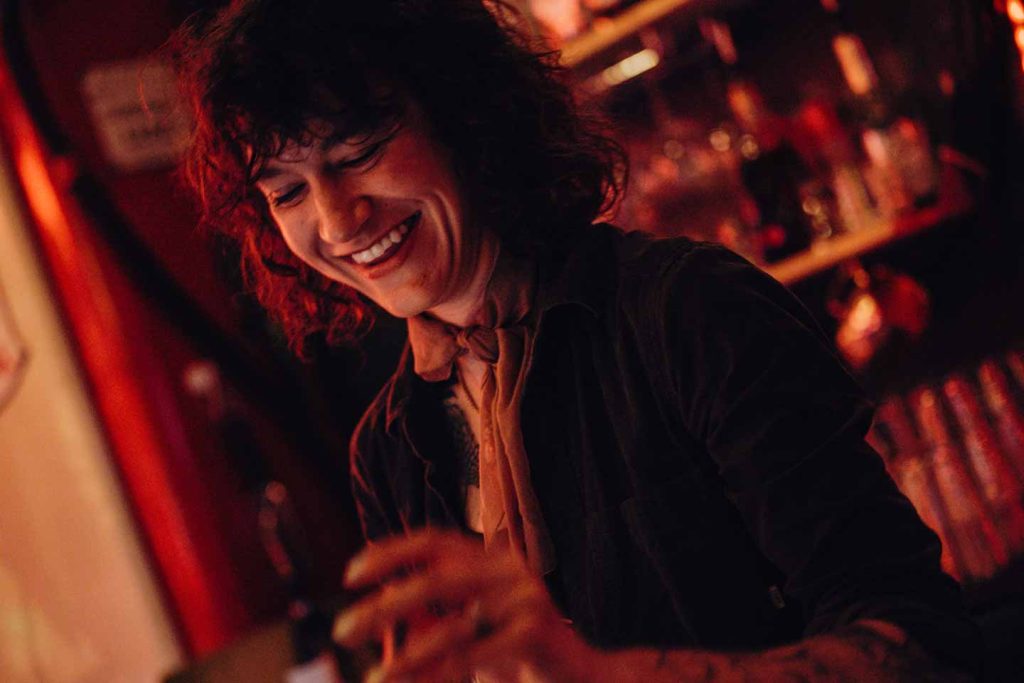 The crowning glory is the collection of a dozen vintage motor cycles hanging from the ceiling and about, each restored to perfection. One of the owners is a motorcycle enthusiast and finally found a home for his impressive motor cycle collection. Complementing the motor cycles are other motor cycle accessories, combined with museum quality neon signs, antique gas pumps and historic photos of Portland and motor cycles.

The combination of the motor cycles, accessories, neon, photos and more, within 100+ year old Kelly’s Olympian…make for a museum-esque like environment, paying tribute to Portland’s history and the world of motor cycles. There is truly nothing quite like it in the Portland metro area.

One does not have to own a motorcycle or even be a motor cycle enthusiast to appreciate the decor and ambience that Kelly’s Olympian offers.

As stated, Kelly’s Olympian has been in operation for over a century! It is proud to be Portland’s third oldest (continuously operated) bar/restaurant and enters the twenty first century retaining its history while making its mark as one of Portland’s most unique and entertaining social gathering landmarks.