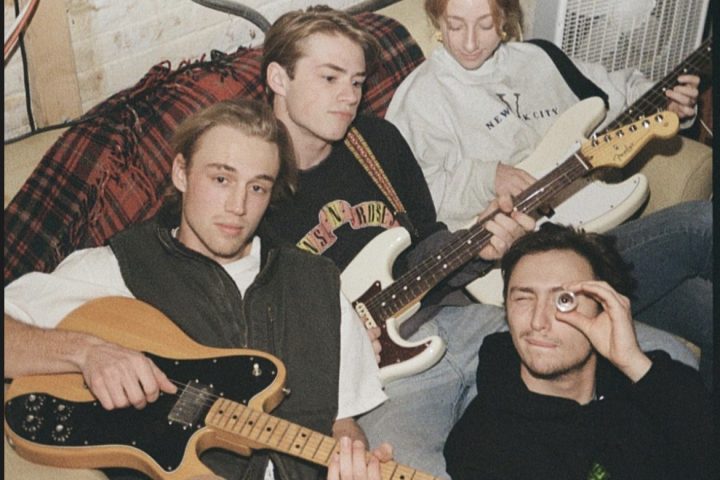 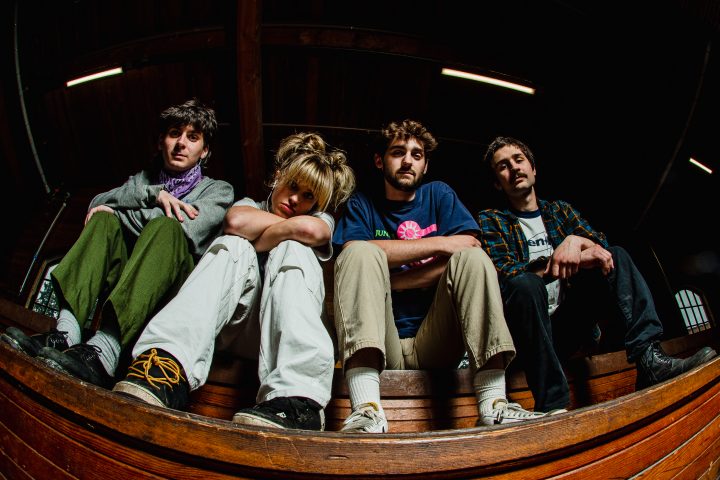 Band Called LoveJoy
Facebook | Instagram
Band Called LoveJoy is a western rock group based out of Portland, Oregon. The group consists of Sumner Rahr (guitar and vocals), Fritz Frerichs (drums), Phoebe Webb (bass), and Guido Rahr (guitar)   Taking inspiration from Pink Floyd, The Doors, and The Black Keys, their debut EP High Lonesome journeys through emotion, solace, and escape – all while sticking to their classic rock roots. LoveJoy’s mission is simple: bring back rock… especially to younger generations.   An emotional year was channeled into Sumner’s writing and Fritz’ drumming, creating the cohesivity of intricate tracks like “I-84” and “Desert Mind”. The versatile vocals of “Moment” and “Dive” give life to the EP, while the irresistibly catchy “High Lonesome” brings it home. A truly multifaceted work was born – and it’s just the beginning for Band Called LoveJoy. Their newest singles, “River Stones” and “House of Sky” are living proof. 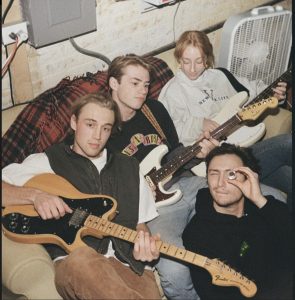 Growing Pains
Facebook | Instagram | Twitter
Growing Pains is Kalia Storer (bass/vocals), Carl Taylor (guitar), Jack Havrilla (guitar/vocals) and Kyle Kraft (drums). The members met each other playing covers at the School of Rock in Portland, Oregon when they were 16 and 17; six months later, they were trying out their own material at Portland all-ages mecca Black Water and in basements around the city, quickly turning heads at early shows that, according to more than a few of those in attendance, sounded like “if Mazzy Star were an emo band.” Lesser bands might have been content to stop there, but not Growing Pains. 18 months of house shows and opening slots for buzzing national acts like awakebutstillinbed, Diners and Macseal helped the young act sharpen a sound that could only have emerged from the post-mordial soup of internet-era rock. Sure—listen for the past, and you’ll hear the orchestrated chaos of My Bloody Valentine; the instrumental pyrotechnics and compositional sleights-of-hand that unite Smashing Pumpkins with the mathier end of emo; the patient hookiness common to 80s and 90s dream pop acts and their slowcore contemporaries. But Heaven Spots is no jaded nostalgia revue. It’s an undeniably contemporary record made by people who listen too widely to suffer from the anxiety of specific influences.