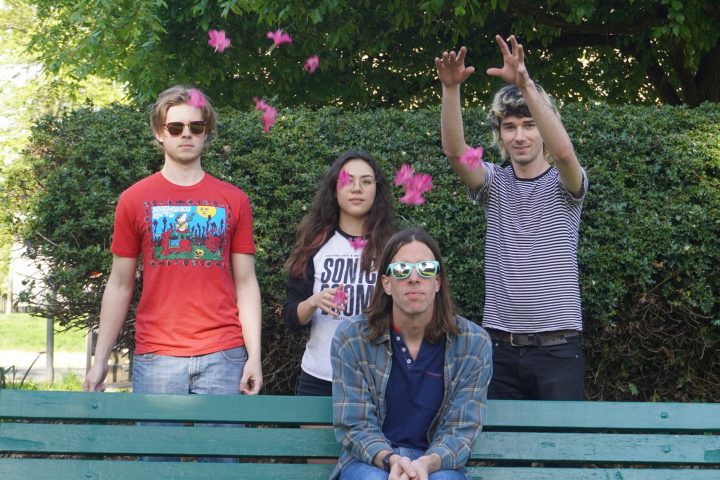 Jack Habegger’s Celebrity Telethon
Instagram
Hailing from Portland, OR by way of Olympia, WA, Jack Habegger’s Celebrity Telethon takes a uniquely northwestern approach to alternative country. The band has made a name for themselves with wobbly synths, twangy harmonies, and Habegger’s plainspoken songwriting. He has assembled a stable of veteran players for the outfit that each contribute singularly to a band that is both comfortable and eccentric. Bandcamp chose their January 2021 EP “Oy Vey!” as a “New and Notable” release, featuring it on their homepage and describing it as a “sweet slice of introspective, homespun country-folk.”

The Mona Reels
Facebook
THE MONA REELS are Olympia, Washington’s premier pop act. The brainchild
and creative umbrella of Peter David Connelly (Bangs, Rik and the Pigs, The Real
Distractions), their most recent record Without Love has received acclaim from such
notables as Tobi Vail (Bikini Kill, Frumpies) who calls it “a truly beautiful cinematic
pop masterpiece”, Justin Trosper (Unwound, Nocturnal Habits) who described Peter
in an interview as “a great musician and songwriter”, and Brendan Canty (Fugazi, The
Messthetics) who referred to Without Love as “an amazing record.” Joined by Robin
Carmosino (Thin Veil, Kelsey Magnuson) on guitar as well as the rhythm section of
Rees Chamberlain and Ahnya Waldeck (Manic Pixie Dream Boat), THE MONA REELS
will be touring the West Coast from July 9 to July 23. 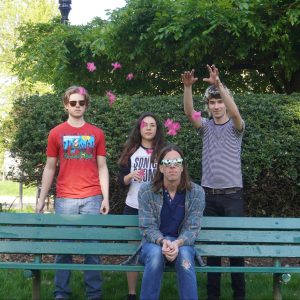 Small Things Go
Small Things Go is the ever-shifting music project of Jason Nichols. Raised in Massachusetts and based in Portland, OR, Nichols was introduced to Portland’s music scene through his work as the keyboardist for Layperson’s live shows. Whether through solo-piano compositions or more traditional guitar-driven folk song-writing, Nichols latest work draws on themes of relationships, alchemical personal transformation, and grief.