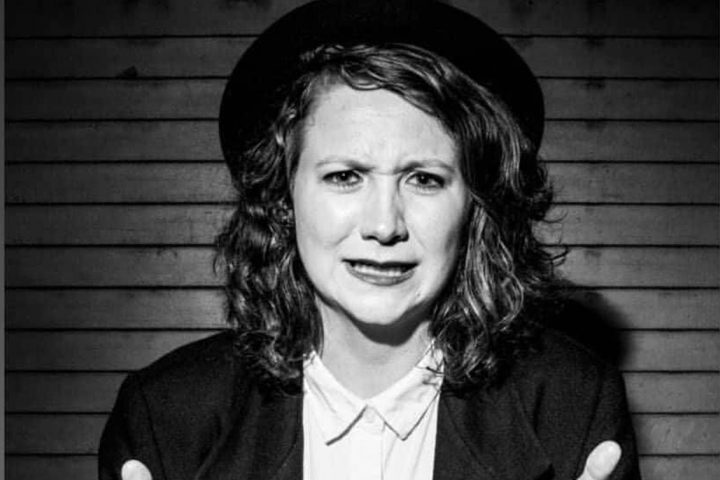 When Mimi comes to town, she makes sure to bring all her friends. Especially ones she’s never met! Join us for an evening of stand-up comedy by a stellar line-up of local Portland comedians that Mimi has never met, but is pretty sure they’re going to do just fine. Comedy is back, so let’s party!

Mimi Hayes is a comedian and author of “I’ll Be OK, It’s Just a Hole in My Head.” A former high school teacher, Hayes wrote her first memoir while recovering from a traumatic head injury and getting heckled by teenagers. Her honest take on trauma and love followed her to the stage as a stand-up comedian where she has performed on stages like Denver Comedy Works, Broadway Comedy Club, Stand Up NY, Caroline’s, Dangerfield’s, and The Upright Citizen’s Brigade. She debuted her one-woman show at the 2019 Edinburgh Fringe Festival and which will soon appear off-Broadway at The United Solo Festival. Her podcast “Mimi and The Brain,” has been showcased at national podcast conventions and her work has been featured on National Public Radio, WHYY the Pulse, HelloGiggles, and The Funny Women Awards.

Dash Thompson is a stand-up comedian with a penchant for storytelling and acerbic wit. You can find him at clubs and festivals year-round or on every social media platform.

Mx Dahlia Belle is a writer, comedian, sometimes model, and accidental activist based in Portland, OR. She has been a frequent contributor to The Stranger and Portland Mercury, repeat guest on NPR’s Think Out Loud, and local news outlets speaking on a variety of issues affecting Black, Queer, and neurodivergent communities. She has also performed at Portland Queer Comedy Festival, NW Black Comedy Festival, All Jane Comedy Festival, and HaHa Harvest Fest.

Patrick Thomas Perkins has been doing stand-up for over a decade. Based in Portland he’s performed all around the country. You can find him on Facebook, Twitter, and look out for his upcoming podcast “The Cost of Convenience.”

Melina Best is a sassy individual who loves cats, comedy and being called Melinda. Just kidding, she hates that! She is excited to be on the show and hopes her cat boyfriend Reese will be there to cheer her on.

Jaren George was born and raised in New York City, is a comedian now living in Portland, OR. He just wants you (the audience) to be engaged and feed off his intensely high charismatic ways. Jaren’s style for jokes can only be described as “energetic storytelling” with a second main entree of “Ah, I see what he did there” because he spoils you. He will bring you unconventional humor and twists. Jaren was in 2020 Sketchfest runs his show called Optimism in Portland. You can catch him doing other shows around the Northwest Pacific. You can see him walking around in the hit TV show Shrill. Your cat adores him.